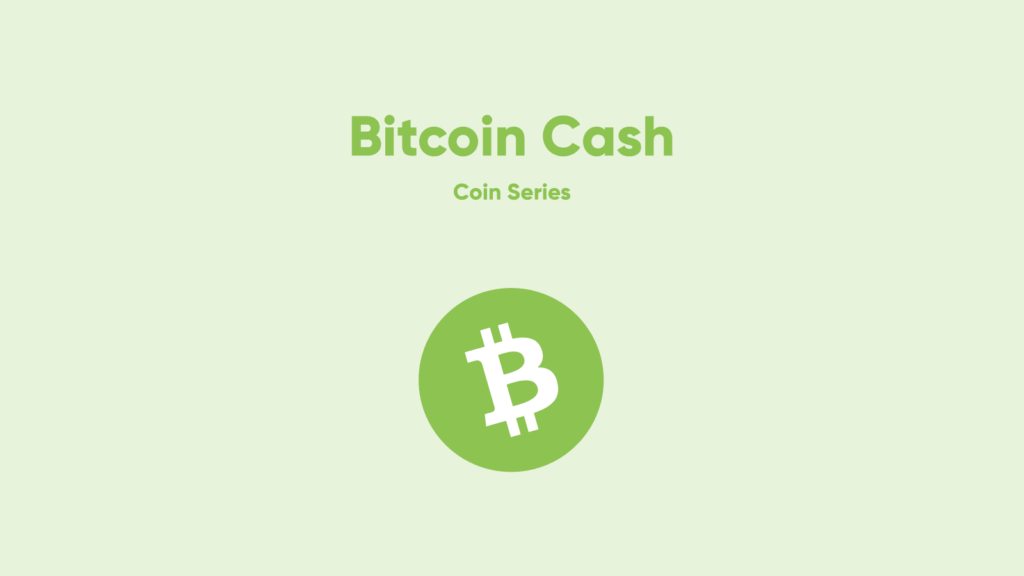 As the name already reveals, Bitcoin Cash is related to its big brother Bitcoin. However, there is a lot of confusion about how exactly these two differ and which characteristics they have in common. In this blogpost, we will take a closer look at how Bitcoin Cash came into life, what its features are and how it compares to Bitcoin.

How Bitcoin Cash was Created
Bitcoin has been around for a little more than a decade. In his 2008 whitepaper “Bitcoin: A Peer-to-Peer Electronic Cash System” Satoshi Nakamoto laid down the foundation for a revolution in economy and technology. Bitcoin Cash came into existence during a hard fork from the Bitcoin Blockchain in mid-2017. During this parting process, a section of the original Bitcoin blockchain separated itself and created the Bitcoin Cash blockchain. The ‘old’ blockchain remains the same and the new one runs independently. The interesting aspect of a fork is that those who own a coin on the original blockchain also receive one on the new one. For example, if you had 5 BTC during the fork, you would have received 5 BCH in addition to them.
The reason for the fork was that Bitcoin’s developers wanted to implement some changes but had differing opinions about how this should be done. The disagreement was mainly about the SegWit2x technology and whether its use is really that beneficial. Therefore, a small group of Bitcoin’s developers decided to use the hard fork in order to create a separate blockchain that did not implement the update and adapted some other changes at the same time.

Bitcoin and Bitcoin Cash – What’s the difference?
Bitcoin Cash has quite some differences compared to the the features of the original Bitcoin. These focus mainly on the conditions of transactions on the blockchain. Bitcoin Cash offers significantly lower transaction fees compared to Bitcoin. Also, the transaction time is a lot shorter and the transaction frequency is higher. Overall, Bitcoin Cash works quicker and cheaper for the user compared to Bitcoin. This is because a block on the Bitcoin Cash blockchain is about eight times as big as in the Bitcoin blockchain. Therefore, Bitcoin Cash is seen as a solution of using cryptocurrencies quickly and easily in everyday life. Bitcoin on the other hand is trying to solve speed, fees and throughput with an off-chain solution – the Lightning Network. Until now, Bitcoin Cash could not find mainstream adoption and amounts to only around 3% of the market cap of Bitcoin.
In summary, Bitcoin and Bitcoin Cash work independently from one another, act on their own, and have their unique characteristics, even though they share a name and history together.

The Taxation of Bitcoin Cash
Like any other cryptocurrency, Bitcoin Cash is subject to taxation in the respective country.
The most interesting issue when it comes to taxation of Bitcoin Cash is probably the event of the hard fork itself. As these new coins were “created out of thin air” the regulation ist not completely clear in most jurisdictions. Some legal opinions assign the new coins an acquisition value of zero (meaning the full amount would be taxable upon realization), while other opinions apply the principles of a so called Stock Split – basically assigning a share of the original assets’ acquisition cost to the new asset (more complex, but less tax). As long as there is no clear case law, both views can be argued.
As the rules and regulation differ enormously depending on the country, we highly advise you take a look at our blog series “countries and their crypto-laws” to find out more about proper legal treatment and taxation in your country.
In most countries, profits and losses made through trading Bitcoin Cash are taxable. A useful solution to stay compliant is the Blockpit software, which helps you figure out your tax report by automatically.
For further information please contact our support at support@blockpit.io.

Current Developments of Bitcoin Cash
A big issue of Bitcoin Cash is the mining that is associated with it. There have been a number of controversies due to the fact that those who control the mining also control the linked transactions on the blockchain. Recently, an unknown miner managed to acquire almost 51% of the hashrate on the BCH-Blockchain. The suspected reason for this is to manipulate the speed and frequency of transactions. Even though the rates of Bitcoin Cash remain relatively stable, some investors might be easily scared off by these activities. Bitcoin Cash will have to consider this in the future, not only to keep the cryptocurrency attractive to users, but also in order to stay compliant and counter any manipulations.