Coin Series – What is Dash? 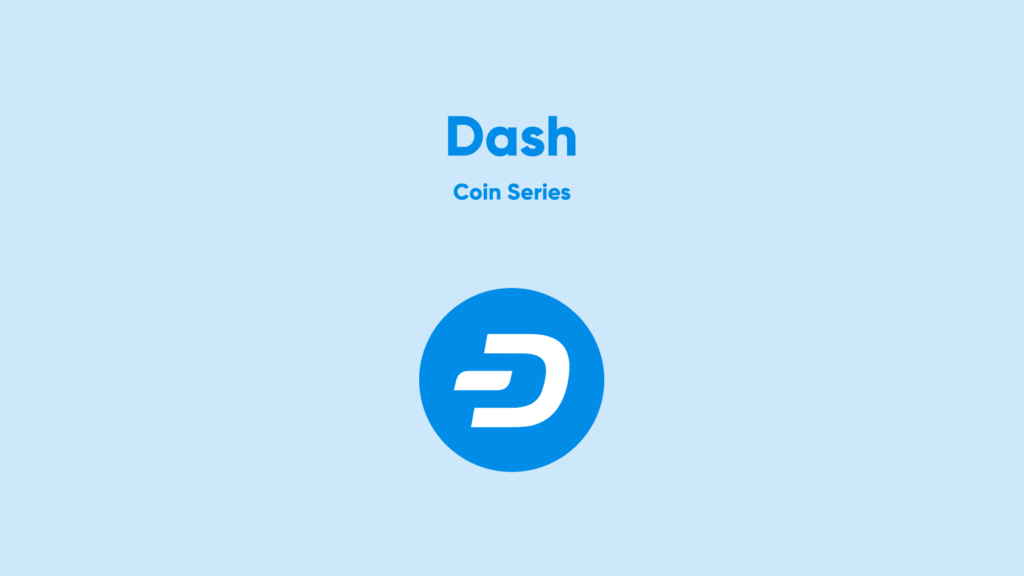 In this part of our coin series we will take a closer look at Dash. The coin was introduced in 2014 and has a big focus on the aspect of anonymity.

What exactly is Dash?
Dash is based on the original Bitcoin blockchain and was created during a fork in 2014 as ‘XCoin’, then changed to ‘Darkcoin’ and ultimately renamed to ‘Dash’, which is an abbreviation of digital and cash. Evan Duffield is the man behind Dash and disliked the fact that Bitcoin does not offer fully anonymous transactions and decided to create a better version of it. He even used Bitcoin’s source code to create Dash.

What are the features of Dash?
As already mentioned, Dash offers a high degree of anonymity. Also, the transaction time is quick and the fees are much lower compared to Bitcoin. This is because Masternodes are used in Dash’s self-governing and self-funding system. Masternodes can be seen as special servers that verify the transactions on the blockchain and operate the Dash system. The main difference from miners is that Masternodes have to deposit a minimum of 1000 DASH for security reasons and, in return, are rewarded for their services.
On the blockchain, transactions are openly listed and can be viewed by anyone. However, the Dash offers a function called PrivateSend, which allows you to keep your identity and transactions history not traceable.
Also, Dash offers its users the possibility of immediate transactions through InstantSend. Usually, it takes about 2.5 minutes for a transaction to be verified on the network, but InstantSend immediately asks the Masternodes to do that at the cost of a small processing fee.

The Taxation of Dash
Like any other cryptocurrency, Dash is subject to taxation in the respective country.
As the rules and regulation differ enormously depending on the country, we highly advise you take a look at our blog series "countries and their crypto-laws" to find out more about proper legal treatment and taxation in your country.
In most countries, profits and losses made through trading Dash are taxable. A useful solution to stay compliant is the Blockpit software, which helps you figure out your tax report automatically.
For further information please contact our support at support@blockpit.io.

Current Developments of Dash
Dash has a lot of potential as it took care of two major issues that other cryptocurrencies face, i.e. slow transaction speed and lack of anonymity. Some critics say that it is not truly decentralized as the Masternodes control a lot of the network’s processing power. The aspect of laws and regulations will also affect Dash in the future, as its anonymous nature attracts illegal activity. However, the FATF, which is the main regulatory authority for digital payment providers, does acknowledge Dash to be compliant with its guidelines and even the Travel Rulet. More about the FATF can be found on our handy visualization here.