Coin Series – What is Ripple? 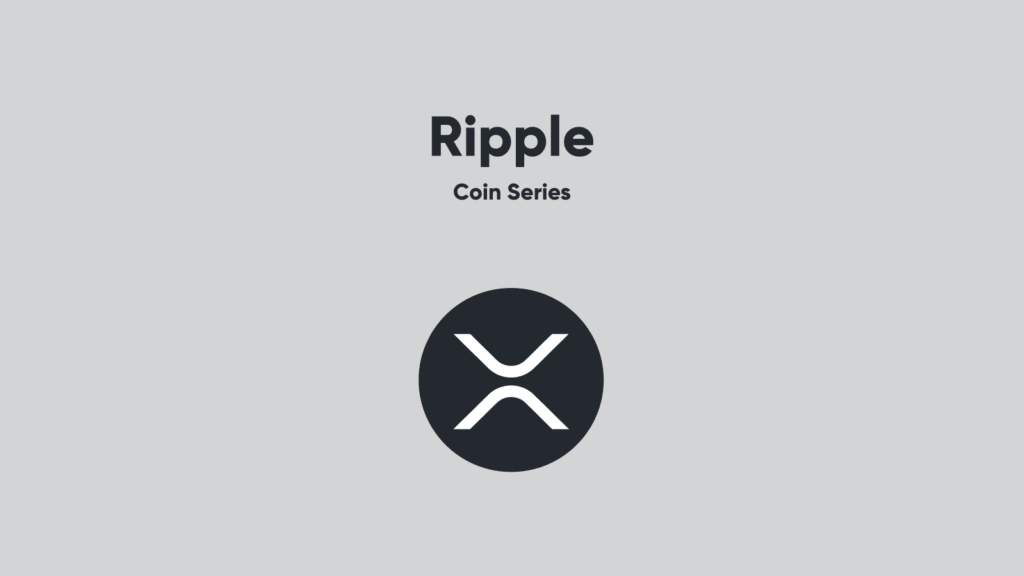 Ripple is not only a cryptocurrency but also a real-time gross settlement system (RTGS), currency exchange and remittance network. It rose to fame during its peak in late 2017 when it almost reached a price of $3.50. The concept behind Ripple is more than a digital currency though, as its protocol enables users to exchange any type of currency on its platform. Ripple may be closest any digital framework can get to the banking and financial system without giving up any of the benefits of virtual currencies. What exactly this entails will be discussed below.

What exactly is Ripple?
Ripple was released in 2012 by Ripple Labs and the cryptocurrency used on the Ripple network is XRP. Ripple usually ranks high, closely following Bitcoin and Ethereum in terms of market capitalization. The main goal of Ripple is “to provide one frictionless experience to send money globally using the power of blockchain.” This makes Ripple so different compared to other cryptocurrency networks. While Bitcoin is the digital currency that started it all, Ethereum can be seen as the first one to offer a platform for developing smart contracts powered by digital currencies. Ripple, however, takes this even further and can be seen as the first platform to be targeted at international financial transactions, not only for individuals but also for big corporations.

What are Ripple’s features?
The most prominent feature of Ripple is how the thought behind it is not to completely reject the traditional financial and banking system, like most other virtual currencies do, but rather to cooperate and improve them. RippleLabs offers a variety of products that can be used as ‘gateways’ by banks in order to make global transactions more efficient. The XRP Token functions like the vehicle for using the Ripple network, and any currency can be exchanged for it. When the transaction is done, the XRP is simply exchanged back to the preferred currency, which does not have to be the initially used currency. Just think of Ripple as the quick and efficient bridge between banks and currencies from all types of different nations.
Currently, the most common way of facilitating international transactions is to use the SWIFT system, which all major banks around the world use. However, the way SWIFT works has not been changed a lot since its launch in 1974, while banks and individuals ask for a more efficient system to use. Ripple has the potential to become the successor of SWIFT.
However, the fact that Ripple’s users mostly consist of banks and corporations makes it a lot more centralized as a platform, which goes against the thought behind cryptocurrencies. On the other hand, RippleLabs, the central entity behind XRP and all the Ripple products, claims that their currency can continue to exist even if the platform is no longer in use.

The Taxation of Ripple
Like any other cryptocurrency, and profit or loss made through the use of Ripple and XRP are subject to taxation in the respective country.
As the rules and regulation differ enormously depending on the country, we highly advise you take a look at our blog series “countries and their crypto-laws” to find out more about proper legal treatment and taxation in your country.
A useful solution to stay compliant with rules and regulations is the Blockpit software, which helps you figure out your tax report automatically.
For further information you can reach out to us via our social media channels or contact our support at support@blockpit.io.

Current Developments of Ripple
Ripple and its products are currently busy sealing contracts and making investments with different companies from all around the world. Ripple Labs just invested 20 million USD in MoneyGram, one of the biggest on-demand liquidity providers. Aside from that, Santander, one of the world’s biggest banks from Spain, just announced that they will base their mobile-payment app on the Ripple platform. In the future, we may find more and more big corporations using Ripple’s products in order to adapt to the needs of the 21st century and stay compliant with international laws and regulations, like AML5.